Tadeis is a child with a beautiful smile who has survived abandonment. He remains positive and optimistic toward life, despite a terribly difficult journey. His young mother was hit by a car while walking in the street late at night, and without a father, Tadeis simply continued living in his mother’s rented house along with his older sister. 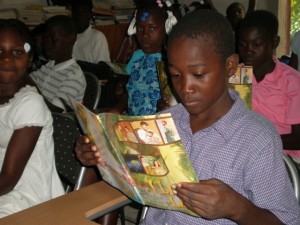 Eventually the landlord demanded money and both children were forced out into the streets.  The two siblings lived in the streets together for some time, but one day his sister did not return and he has not seen her since.  Alone in the streets, Tadeis sells small bags of government water to survive and begs for money to save for a new home. Tadeis would like IHCD to give all children more support.